RN to BSN vs. RN to MSN Programs: Which Should You Choose?

You are here: Home / Student Center / RN to BSN vs. RN to MSN Programs: Which Should You Choose?

Are you an RN with an associate's degree or diploma? The first choice you'll have to make is what program to pursue—the RN to BSN or the RN to MSN. We've got the facts that will make your decision a whole lot easier!

In this guide, we’ve taken a good, hard look at two popular credentials—the RN to BSN and the RN to MSN—and summed up the key differences between them. We’ve also included some important info on career & salary considerations and industry trends.

What is the Difference Between RN-BSN and RN-MSN Programs?

Starting With the ADN

This site is designed for working RNs, but we recognize that you may not be at the level yet. Becoming a Registered Nurse (RN) can take two years through an ADN or ASN program. An ADN is different than a nursing diploma, which is typically offered through a hospital-based school. (Such a diploma often leads to an entry-level position as a Licensed Practical Nurse, or LPN, not an RN.) 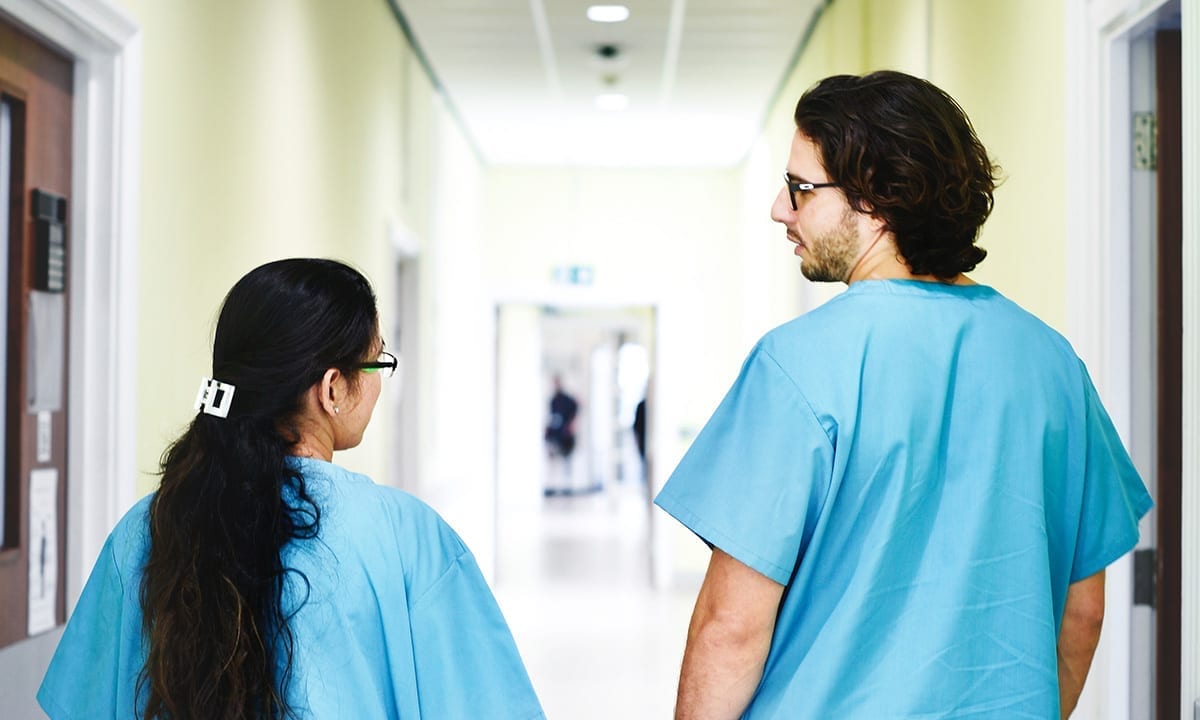 Like other bachelor’s degrees, BSN degrees are designed to take four years to complete—but that’s for those starting with no nursing experience.

Whereas nurses with an ADN typically have the same technical skills as nurses with a BSN, bachelor’s programs also offer courses on nursing research, theory, leadership, policy and informatics.

Clinicals are likely a major part of the degree program and may constitute 30 credits, but employed RNs often meet this requirement simply by continuing to work—making it one of the few degrees in which having a full-time job aids in program completion.

A typical RN to MSN is 150 credits. Again, as with the RN to BSN, many of these are transferred in via the ADN.

Note: Some MSN programs require additional work experience, meaning students may have to take a brief break after an ADN before going to the school of their choice.

According to the Bureau of Labor Statistics (BLS), the national median salary for an RN was $70,000 in 2017. However, that number doesn’t take into account education level.

It’s hard to get reliable data on the effect of a BSN or MSN on earning potential. An unscientific survey from ADVANCE Healthcare Network in 2018, however, shed some light on the salary situation:

These numbers fluctuate widely due to state-by-state differences in demand. High salaries often follow high demand. In 2017, the Bureau of Labor Statistics reported that in 2017 the top five states/territories in terms of demand and wages were California, Hawaii, District of Columbia, Massachusetts, and Oregon.

ADVANCE’s numbers seem to align with official BLS statistics for nursing specializations that require at least an MSN (i.e. APRN specialties). For example, according to 2017 figures from the Bureau of Labor Statistics:

What Do Experts Recommend?

Arguments for the BSN

At minimum, a BSN should be the goal. The healthcare industry continues to give nurses greater responsibility, creating a need for highly educated nurses.

Arguments for the MSN

Generally speaking, an MSN degree is the way to go for nurses hoping to progress in the field. Salary should not be the only consideration. Personal interest and flexibility will go a long way in making a nurse’s decades-long career have staying power. If current industry trends continue, nurses with higher levels of education will only become more valuable.

Demand is especially high for nurse educators. The need for nurses is growing in most states, but schools are still turning away qualified students from programs due to faculty shortages. The National League of Nurses (NLN) reported that in the 2011-12 school year, 64% of applicants to nursing programs were denied admission.

What’s more, the majority of full-time nursing faculty have an MSN or are in the process of pursuing one.